In 2014, eight of the nation’s leading aging-focused organizations, including the AGS, formed an unprecedented partnership, the Leaders of Aging Organizations (LAO), to create a better public understanding of older adults’ needs and contributions to society—and subsequently to improve health and care for us all as we age.

In April 2019, the AGS signed on as a partner in the Reframing Aging Initiative, the next, long-term phase of the LAO-founded movement. Coordinated by the Gerontological Society of America (GSA) and funded by The John A. Hartford Foundation, the Archstone Foundation, the RRF Foundation for Aging, and The SCAN Foundation, Reframing Aging offers AGS access to new tools and training opportunities as we continue to advocate for changes in public discourse on age. 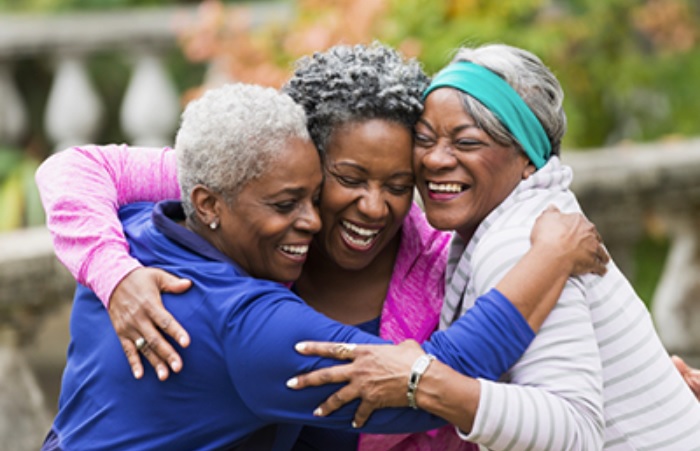 Learn More About Reframing in Action

A new lecture series produced by the FrameWorks Institute in collaboration with the Leaders of Aging Organizations and Grantmakers in Aging gives you a guided tour of how to use new, evidence-based framing strategies to communicate more powerfully about aging as a social policy issue.

Sharpen your skills by accessing these free video lectures today!

Through anthropological studies and social science research conducted with our partner, the FrameWorks Institute, the LAO has uncovered how language (even down to specific word choices) can present a significant obstacle when conveying to the general public and policymakers the advances we have made in healthcare and aging services. Despite years of progress in our own understanding of aging as geriatrics healthcare professionals, for example, public perceptions are still mired in a “swamp” that treats aging as: 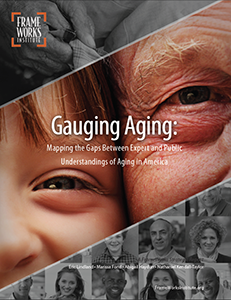 Since the release of the LAO's first ground-breaking report, Gauging Aging, the AGS and other LAO partners have been working to develop and share resources on changes we can make—including but also beyond the choice of words we use to describe older adults—to frame geriatrics research in ways that resonate with the public. In partnership with the FrameWorks Institute, the LAO has released a collection of resources to help advocates drive a more-productive narrative about the benefits of an increase in the average lifespan. The FrameWorks Institute's empirical approach to developing and testing frames—suggestions for how to position messages about aging—yielded provocative insights and practical recommendations such as the following.

Collaboration in Action
In 2017, the Journal of the American Geriatrics Society (JAGS) adopted the American Medical Association (AMA) Manual of Style as its guide for manuscript submissions. As part of that transition, the AGS worked with the journal's editorial team to make important modifications to AMA guidance reflecting our work with the LAO and FrameWorks Institute and our efforts to shift the public conversation on aging and older adults. Since this change was announced, several other research journals have joined the movement, including Annals of Long-Term Care, Geriatric Nursing, and the Journal of Gerontological Nursing.  Learn more in this editorial co-authored by AGS CEO Nancy Lundebjerg, MPA, and Editor-in-Chief of JAGS, William B. Applegate, MD, MPH, AGSF.